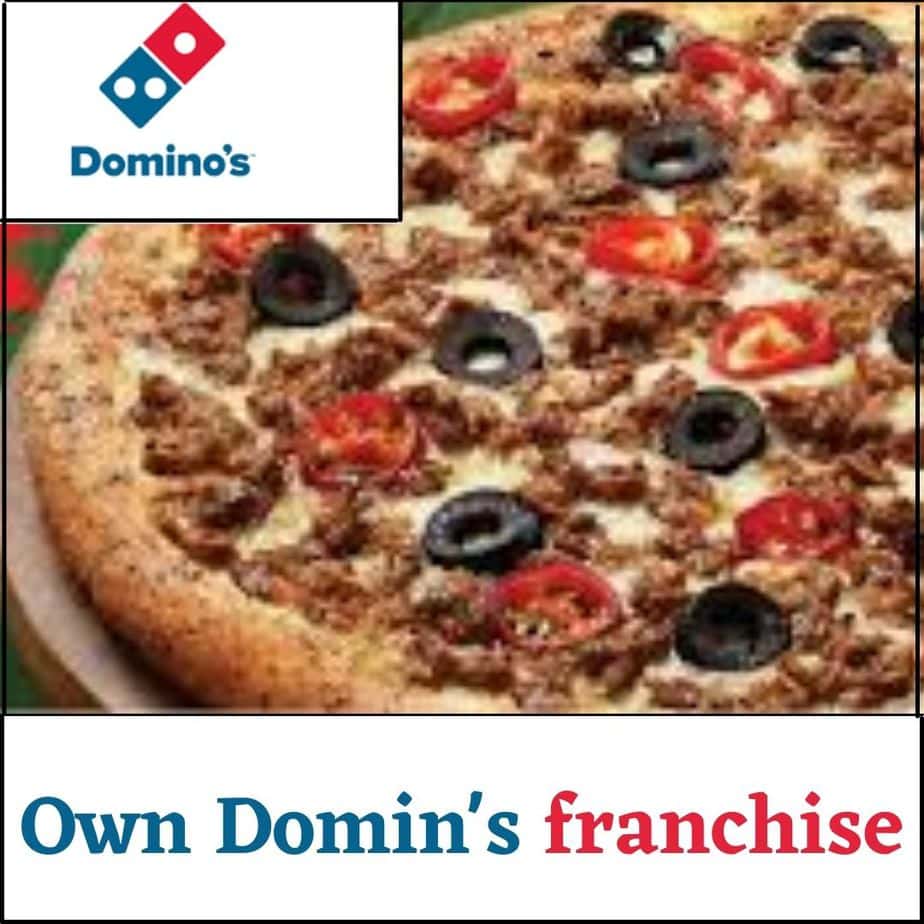 Are you looking for Domino’s Franchise in India? In This article we will provide complete details of the Domino’s Franchise cost in india in 2022, contact details, profits, expenses, how to apply for domino’s franchise application, and a few more necessary information. 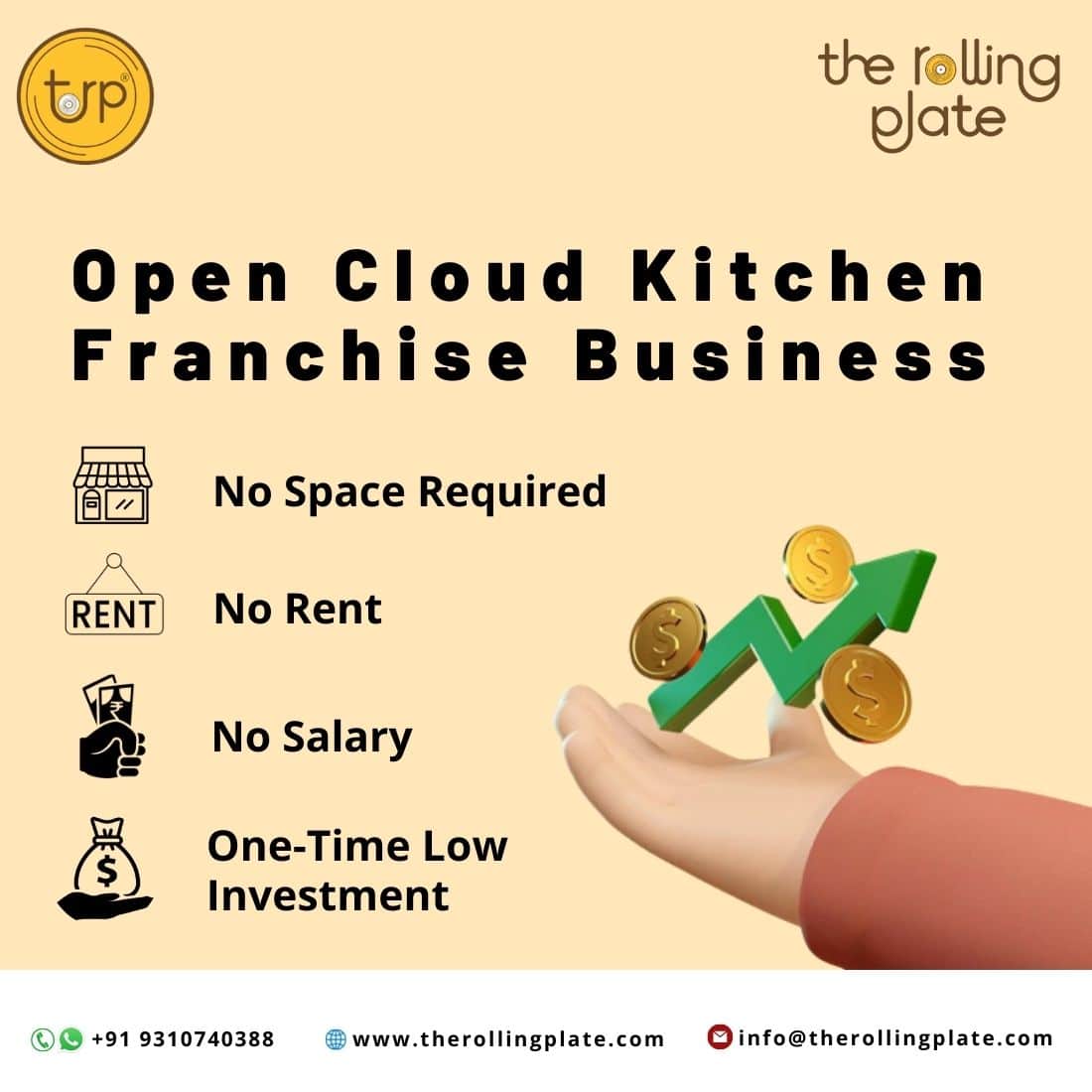 Owning a business in the food & beverages sector is always a good call. Moreover opting for Domino’s franchise is like butter on bread. Domino’s dominates in fast food sector worldwide & ranks #1 for top & best pizza chains, with annual turnover of $6.6B and ranks number 9 in the world’s top 10 restaurant companies with Revenue (TTM): $3.7 billion.You may also read about top 10 pizza franchise in India.

It’s well known that Dominos is the largest pizza company in the world. Domino’s owns more than seventeen thousand outlets in ninety countries. Domino’s has grown exponentially in Indian market. Althought at beginning, it was thought domino’s can’t sustain in Indian marketplace due to it’s high ticket value & only upper class can afford it. But apart from speculations if we see statistics : In the year 2019, Domino’s Pizza had around 1312 outlets across 276 cities in India, wherein in 2006 India had only 128 Dominos pizza stores in India.

You might be wandering looking at these numbers,you can get a idea that how much potential is still left. Now let’s see how someone can get a domino’s franchise.

About Domino’s owner and his net worth

An American businessman named Tom Monaghan has a $400 million fortune. As a co-founder of Domino’s Pizza, he amassed wealth. When he sold Domino’s to Bain Capital for $1 billion in 1998, he was the only shareholder of the business. From 1983 until 1992, Tom Monaghan also served as the owner of the MLB team Detroit Tigers. In 1998, Monaghan left Domino’s and started concentrating his efforts on supporting conservative Catholic organisations.

Tom and his brother James invested $500 in 1960 to purchase DomiNick’s, a modest pizzeria in Ypsilanti. To help with operations, they placed $500 down and obtained a $900 bank loan.

The store initially had trouble, but he eventually came up with a strategy to concentrate on delivery to college campuses. He created a pizza delivery box that made it possible to transport multiple pizzas at once, and he gradually opened his businesses in college towns. The original DomiNick’s owner ordered Tom to cease using his name on the growing business in the middle of the 1960s. Tom concurred and finally decided on the name Domino’s.

Tom Monaghan experienced something that changed his life in the late 1990s. Tom made the decision to make a change in his life after reading a chapter on pride in C.S. Lewis’ book “Mere Christianity.” He made the decision to dedicate his life to philanthropy after that. For $1 billion, he sold Domino’s to Bain Capital in 1998. Tom has donated more than $500 million of his wealth as of this writing. He wants to donate all of his wealth to charity.

How to apply for Dominos Pizza franchise in India ?

To get Dominos Franchise in India, you need to know the requirements and complete details of the domino’s franchise. You should have knowledge about Jubilant FoodWorks Limited and its subsidiaries who own the franchise rights of Domino’s Pizza in India.

As being the dominant leader in the fast-food chain, they have been at the top India too for their best quality services and products. Before applying for the domino’s pizza franchise you should that you meets all the requirements of the franchise owners.

Jubilant FoodWorks Limited is a part of the Jubilant Bhartia group and is India’s largest food service company. The Company has secured the exclusive rights to develop and operate Domino’s Pizza brand in India, Sri Lanka, Bangladesh and Nepal. At present, it operates in India and through its subsidiary companies in Sri Lanka and Bangladesh.

For Domino’s franchise, candidates should contact to its corporate Office via phone, fax, or in-person visit at the below address:

Locality : For any type of food franchise, space is required and should be preffered by the customers as  well as dominos. There are mainly four  types of franchise formats where Domino’s employs:

Traditional Stores – You might have seen shops in malls like pvr mall, Great India place etc.These are the retail locations, predominantly located in shopping centers, strip centers, and these stores have proper parking for the customers and the delivery vehicles. These Domino’s traditional pizza stores only sell authorized products, via delivery & carry out services

Transitional stores – You must have seen that a drive through domino’s has slightly different menu than usual ones. Mostly in these outlets the food menu is customized according to the regional taste of the people. These types of stores are located where the consumers are less in numbers!

License Issuing – There are several places like colleges, institutions stadiums where authorities require license authorizaqtion. In this case, the franchisor also provides licenses to large public entertainment or alike facility operators. For instance, stadiums or their dealer/vendor, also suitable store operators to sell approved products for license fee based on facility sales. License once issued, can sell pizza and other authorized products.

Initial level training for professional services is very necessary run the business so that the service quality and the fundamentals are carried out according to Domino’s metrics. Don’t worry you don’t need to have this training, Domino’s provides this initial level training.

Domino’s provides high quality training to restraint owners so they can run the business for efficiently. They teach Customer handling skills, culinary cooking skills, soft skills, how to achieve a sales target, how to handle a customer and many more things .

You’ll learn all the basics things during the training program, how to execute current operations, procedures, and criteria which will benefit you and ease the chances that take place in the franchise.

Previous experience in Food & Beverages sector is required and applicant needs to maintain the right professions and administration control. Applicant should be passionate about domino’s franchise and have a strong desire to grow & willing to work with other people. You must have good cooking skills, administrative skills, financial skills to operate the business.

Following are the essential documents required to have a franchise :

To apply for dominos franchise in India, you need to apply at their internal website Franchise management Schools page or directly e-mail at dominos.franchise@jublfood.com.

Domino’s is the number 1 brand in the Piazza industry. It is the market leader in the Indian market. In comparison to its brand value,the franchise fee in India is just  Rs.4,50,000. The investment amount depends upon the size of the outlet/restaurant and location.

Royalty : Domino’s royalty charge is just 5.5% of the sales of amount.

Depending on the location of the store and delivery availability it can be expected to have 1-3 Lakhs profit margin per month. Domino’s do not disclose any information about this and we too have no enough data to claim but this is a lumpsum idea for the Domino’s profit margin.

Profit depends upon various factors like location, footfall, seasons, Offers, events, festivals, the ambiance of the restaurants, size, etc.  Profit is quite fluctuable. However, profit ranges from 10 to 15%.

Is investment in Domino’s Franchise worth it in India ?

Domino’s is the no.1 brand in pizza segments. Domino’s fast home delivery within 30 minutes has built a strong loyal customer in India. It has the largest number of franchise outlets present in the fast food segment in India. Being the first choice of the customers, Investment in Domino’s Pizza is greatly profitable.

Domino’s Pizza entered into the Indian Market in 1995. Domino’s is the No. 1 choice of pizza lovers and the market leader in the pizza segment in the Indian market.  It has a network of 1,128 Domino’s Pizza restaurants across 265 cities in India.  Domino’s restaurants are present in 29 States and Union Territories, covering 218 cities across the Country. Domino’s was successful in establishing a reputation for delivering pizzas within 30 minutes or FREE.

Having Domino’s Pizza Franchise is certain to be greatly profitable.

Where can I get Domino’s Pizza application form?

The franchise form is not available on its official website.
Jubilant FoodWorks Limited has secured the exclusive rights to develop and operate Domino’s Pizza brand in India, Sri Lanka, Bangladesh, and Nepal. For franchise, a candidate should contact to company’s corporate office via phone, fax, or in person.

No, Domino’s does not directly offer franchises in India