List of the Top 30 Best Clothing Brands in India

Van Heusen is a major clothing brand of the world based in Manhattan, New York. It has 120,000 employees including in India. Van Heusen owns brands such as Tommy Hilfiger, Calvin Klein, Warner’s, Olga, and True & Co. Van Heusen is present across 31,000 multi-brand outlets across India. 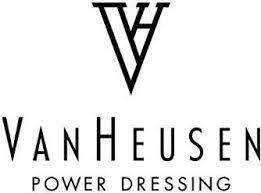 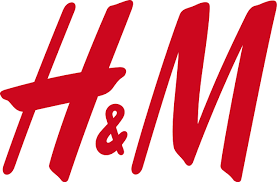 H&M is a well-known clothing brand in India and across the world. H&M is a Swedish clothing company that has headquartered in Stockholm, Sweden. H&M operates in 74 countries with over 5,000 stores. H&M has over 50 stores across 25 cities in India. They have a significant presence on online shopping platforms.

Levi’s was founded in May 1853. Levi Strauss & Co. is an American clothing company known for its Levi’s brand of denim jeans. Levi’s is known for its jeans, however, they do not just offer jeans but jackets, socks, underwear, eyeglasses, accessories, shoes, and other leather products. Levi’s has more than 1500 stores across India. 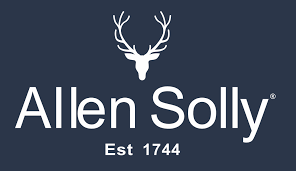 Mufti was founded in 1998 in Mumbai, India, and well-known men’s clothing fashion brand. It owns 1,400 brand outlets and 120 large format stores across India. they have expanded themselves into athleisure clothing and

Nike, Inc. is an American multinational corporation that has a huge presence all over the world. They are the world’s largest supplier of athletic shoes and sports equipment along with that Nike is an established clothing brand in the world. The company was founded on January 25, 1964, in Beaverton, Oregon, USA. Nike has more than 1200 stores around the world. Nike is a big name even when it comes to the online platform. Nike is a household name in India and has stores in every big city across the country. 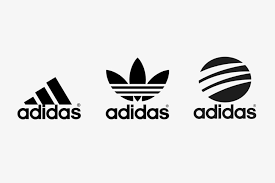 Adidas is a German multinational corporation, founded and headquartered in Herzogenaurach, Germany. Adidas is one of the largest clothing brands in the world, especially in sport wears. It has manufacturing units in more than 30 countries and stores in more than 150 counties. Adidas is a household name in India and has a presence in every city of India.

Provogue is famous Indian clothing and accessories brand in Mumbai, Maharashtra. It was launched in 1997 as a menswear fashion brand. Other than men’s and women’s clothing they offer shoes, socks, upper-lower garments, and other accessories. They have a presence in 40 Indian cities with more than 50 stores. 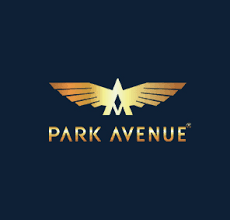 Park Avenue is one of India’s leading Men’s “Ready Made Garment” brands, Owned by the Raymond group and established in 1986. Park Avenue is a well-known brand in India that produces good quality products. They are offering clothing and accessories for men, women, and kids. 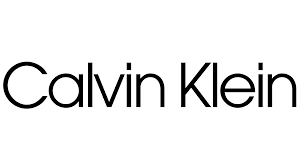 Calvin Klein Inc. is an American fashion house established in 1968. It has headquartered in Midtown Manhattan, New York City. Calvin Klein is known for clothing, perfumery, jewelry, watches, and lifestyle accessories. Calvin Klein came to India in 2007 and never looked back. They have stores and regular customers across India.

Pepe Jeans was founded in 1973 in London, UK. Later they have shifted their headquarter to Sant Feliu de Llobregat, Spain. Pepe Jeans is a famous clothing brand in India with many regular customers. right now, over 1350 multi-brand outlets and 503 large format stores all over India.

Wrangler is one of the oldest clothing manufacturing companies. Wrangler headquarters is in downtown Greensboro, North Carolina, in the United States. Wrangler started in India in a licensing deal with Ahmedabad-based Arvind Mills more than a decade ago. Wrangler has its presence in all major cities of India.

Zara is founded in 1975 in Galicia, Spain, and is a flagship clothing store that is part of the Inditex group. They are the world’s largest apparel retailer. There are 2200+ stores in 96 countries of zara clothing brand. Zara is considered to be one of the expensive brands. They have stores in every big city of India with a good online presence. 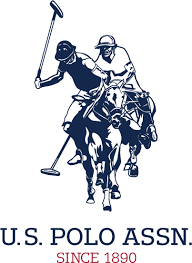 As its name suggests this famous clothing brand is the official brand of the United States Polo Association, started in 1890. They have stores in more than 120 countries. In India, they opened their first store in 2010 with the association of Arvind Retail. As of now, U.S Polo has around 150 stores in India.

Flying Machine is India’s jeans brand owned by Arvid mills started in 1980. Flying Machine has 1300 stores and up to 5000 multi-brand stores across India. You can spot flying machine stores in almost every shopping mall in India. 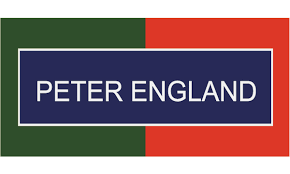 Peter England was founded in 1889, Londonderry, Ireland. They entered the Indian market in 1997 and Aditya Birla Group acquired them in 2000. Peter England is India’s leading Menswear Brand. They sell around 10 million garments every year at their 1000+ store and multi-brand outlets across India.

Louis Philippe is an Indian clothing brand under the Aditya Birla Group. Louis Philippe was founded in 1989 and now they are one of the largest apparel brands in India. They have 2700+ stores in India and around the world. They are expanding themselves out of India and have a turnover of around USD $150 million. 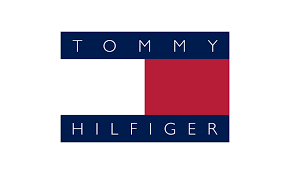 Killer is founded by the Indian company Kewal Kiran Clothing Limited (KKCL) in 1989 in Mumbai, India. It has more than 300 stores across India along with 3 manufacturing units. Killer offers clothing, footwear, jackets, and other accessories. Killer is one of the top clothing manufacturers in India. 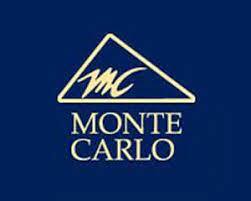 Monte Carlo was established in 1984 in Ludhiana, Punjab. It is owned by Oswald Woollen Mills Limited. It has 1300+ stores across India and overseas. The company has two manufacturer units in Jalandhar. Monte Carlo is a well-known brand in India for cotton garments for men, women, and kids. 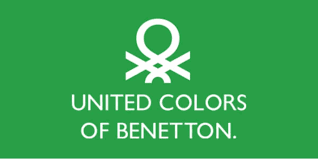 Gini and Jony is a famous clothing brand in India for kid’s fashion. It is founded in 1980 and associated with the Lakhani brothers. They have 200+ stores in around 105 across India. Gini & Jony also has a good presence and customer base on online platforms. 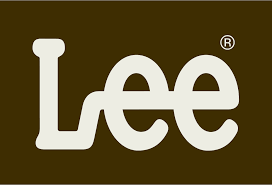 Lee is an American denim jeans company founded in 1889 in Salina, Kansas. Currently, it has headquartered in Greensboro, North Carolina, USA. Lee is a famous brand in India for its denim jeans. Lee has been manufacturing its clothing in India at Arvind Mills, Karnataka. Lee has stores in every city of India.

Forever 21 is an American fashion clothing brand founded in 1984 in Los Angeles, California. They are known for low prices and trendy collections. The company has 700+ stores across the world that offer clothing, home goods, accessories, beauty products, etc. Forever 21 is still a growing brand in the Indian market. 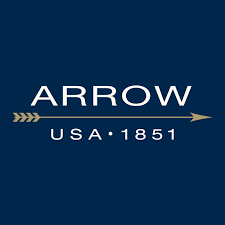 Arrow started as an American brand in 1851, today they are an Indian brand under Arvind Fashions Ltd. Arrow has been awarded as s Most trusted brand in the apparel category in 2018. They have stores across Indian and the world with a good online presence in the clothing market. 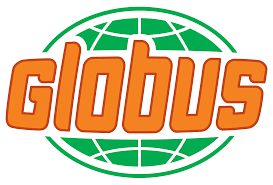 Globus was founded in 1998 by the Rajan Raheja Group and opened its first store in Indore. It is an Indian clothing brand and has headquartered in Mumbai. They have 50+ stores across India. Globus is committed to increasing its stores in India along with an aggressive marketing strategy. 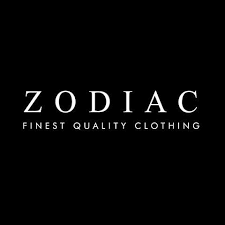 Zodiac Clothing is an Indian brand founded in 1954. It has headquartered in Mumbai. Zodiac is well known Indian brand for years now. It has 130+ stores across the country and a decent online presence. Zodiac is famous for formal ready-to-wear clothing. Zodiac is a trusted Indian brand with a particular customer base.

Numero Uno started in India in the 1980s. They have 200+ stores and more than 700 multi-brand outlets across India. Numero Uno is considered a costly brand with limited customers. They resided office in Haryana while has the head office in Mumbai.

Biba is an Indian fashion clothing brand mainly known for its women’s and girls’ collections. Biba was founded in 1988 in Delhi by Meena Bindra. It has 150+ stores and 250+ multi-brand outlets across India. They have a loyal women customer base across states.

India’s textile industry is one of the largest and vibrant in the world. Every clothing brand wants to make a place in the Indian market. The clothing industry of India is expected to reach 200+ billion dollars in 2025. There is big competition between clothing and fashion brands to stay in the market and hoping bucket of customers. Online platforms are giving a new boost to local brands to reach their potential customers. We hope that list helped you to learn about 30 clothing brands in India.

Which is the most popular clothing brand in India ?

We can say that Van Heusen and Allen Solly are the most popular clothing brand in India.

Which is the most expensive clothing brands in india ?

Louis Vuitton is most expensive brand in india.

Which is the No. 1 brand in clothes in the world?

Nike is the No. 1 brand in clothes in the world.

Who is the owner of Louis Vuitton?

Bernard Arnault is Chairman and CEO of Louis Vuitton.

Is Fying Machine is an indian brand?