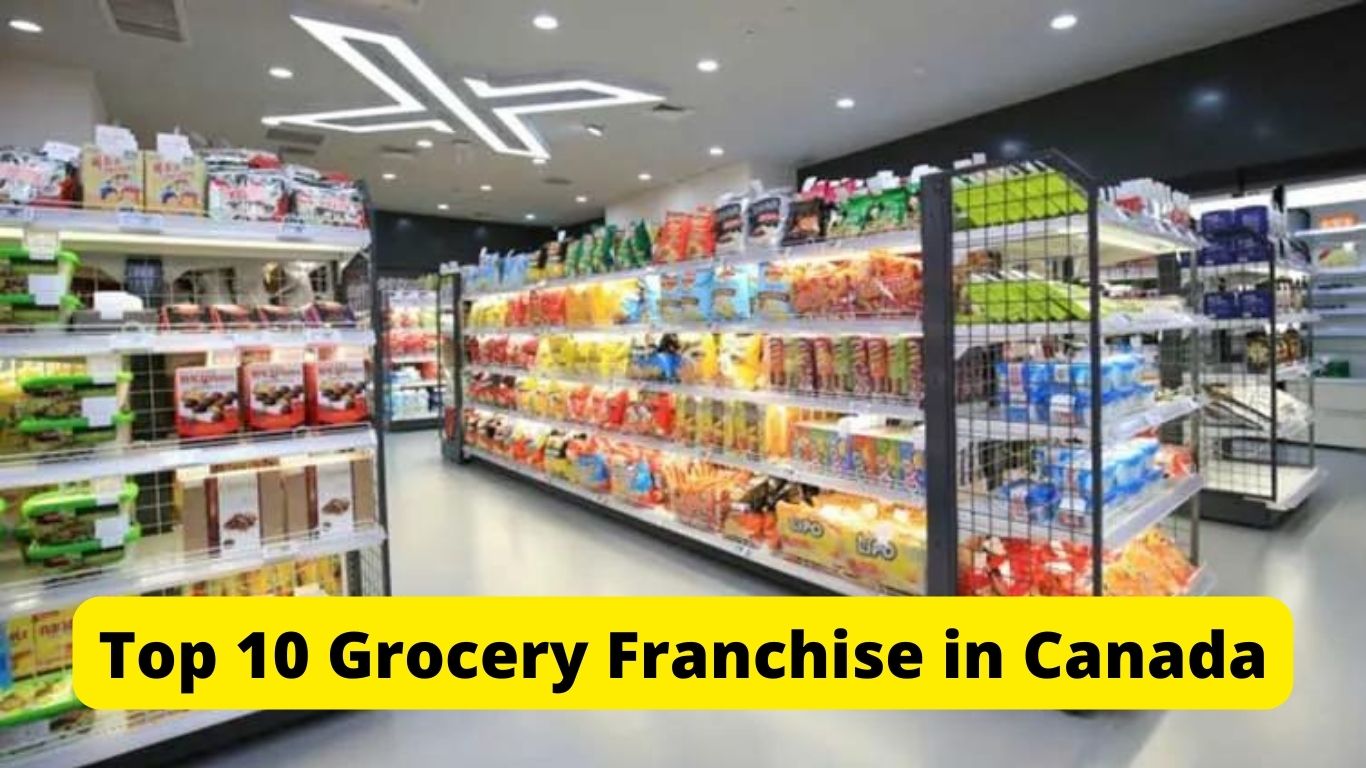 Why Grocery / Supermarket franchise in Canada?

You’re driving around town, with a long list of grocery essentials waiting to be ticked off from the to-do list. You think to yourself, which grocery store should you visit? Which one store can meet all of your demands and save your time?

While purchasing from a grocery store, numerous more elements are at play. It might be difficult to choose a decent grocery store because there are so many things to take into account, including quality, price, variety, accessibility, distance, and customer service.

Grocery stores are a requirement to meet the demands that various fields in life ask of us. Such a demand gives rise to favourable franchising opportunities.

This article aims to give an insight into the details of grocery franchises in Canada with no paucity of choices.

Not only is Loblaws one of Canada’s top grocery chains, it is also the country’s biggest food retailer. There are an infinite number of establishments that are classified as President’s Choice Stores, the company’s level.

The shops’ PC Plus awards are very popular with budget-conscious customers. Therefore, the fact that these savings compound has a significant impact on Canadian consumers.

The majority of their stores are independently owned. Their franchisees offer superior customer service and a wide selection of high-quality products. Furthermore, they can also assist in turning the dream of starting one’s own business into a reality.

The second-largest food retailer in Canada, Sobeys is known for its unique proposition in customer service. They are customer-driven, people-powered, engaged in the community, and focused on results.

Metro is the third-largest retail store in Canada. One can find a bakery, a flower shop, a fish counter, a cuisine corner, and a wide selection of health items in the majority of Metro stores. Several metro supermarkets now even feature wine counters.

NoFrills, with more than 250 franchise locations distributed over nearly 9 provinces, is one of the top grocery stores in Canada. The Loblaws Companies Ltd., the parent company of NoFrills, was established in 1978. It is the discount supermarket owned by the Loblaw Company Limited.

This concept includes giving clients the best deal on fresh products. Customers may even bring their own shopping bags and grocery bags.

They are dedicated to offering goods and services that are designed for a society like Canada’s.

Since its debut in 2010, the grocery company has made a name for itself in the market and won over Canadians.

Many refer to it as a Canadian network of deep discount supermarkets since the goods are so inexpensive and reasonable.

The idea behind Fortinos was to recreate the urban landscape of Europe. There is a little shop, and once inside, the atmosphere is open and market-like. It also has “The Butcher Block,” a sizable deli section, and even fresh produce shops.

Since 2012, the business has grown in recognition and earned a special place in Canadians’ hearts when it comes to supermarkets. The organisation has had tremendous growth and success in this sector in recent years.

Zehr is one of the most well-known Canadian grocery stores In southern Ontario.

The supermarket chain provides customers with a huge selection of goods, including bakery, apparel, electronics, pharmacy, and many more choices. As a result, it is frequently referred to as the “one-stop” store.

London Drugs is a drugstore with a focus on Canadian products, that also sells food. The London Drugs store sells furniture, household goods, and health supplies in addition to food items. The company’s top priority is making sure all customers are completely satisfied.

People frequently substitute the short version, RCSS, or even just supermarket, for the full name because the store’s moniker is a bit lengthy. Loblaw Companies Ltd., a Canadian corporation with headquarters in Brampton, is the parent organisation of RCSS.

Undoubtedly, groceries play a significant role in our daily lives. Nobody is going to be willing to make a compromise on that.

This only enhances the franchising opportunities, making the result all the more glorious.