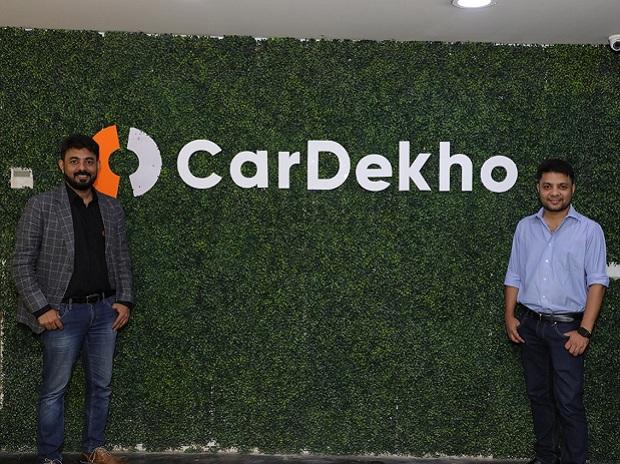 Amit Jain and Anurag Jain, two eager IIT graduates and young entrepreneurs from India, decided to launch an online auto platform in 2008 while the world economy slumped. They recognized an opening to fill the market’s absence of significant participants.

Contents show
1 When did CarDekho begin?
2 The success story of Car Dekho
3 What were some of the early difficulties CarDekho experienced, and how were they resolved?
4 What distinguishing characteristics of CarDekho made it stand out from the competition?
5 What are the company’s long-term objectives, and how does CarDekho intend to keep expanding in the future?
6 Conclusion

Ten years later, CarDekho became India’s top online vehicle platform. We will examine how they accomplished this achievement and the techniques they employed along the road in this startup narrative.

When did CarDekho begin?

Dedicated IIT alumni and two Indian businessmen launched the company in 2008. As there were no significant participants in the market at the time, they recognized the potential to develop an online marketplace for purchasing automobiles. Four employees made up their initial staff, but CarDekho now employs over 1000 people.

The business first sold secondhand automobiles but shortly began selling new cars. One of the earliest businesses to provide an online marketplace for new automobile purchases was CarDekho. Users may easily explore and purchase automobiles thanks to their user-friendly website and mobile app.

Thought and preparation had gone into creating CarDekho, but Amit’s trip to the worldwide AutoExpo was what ultimately persuaded them. The firm had a clear directive that the service business would continue even after CarDekho was launched, and a lot of emphases was placed on creating the idea and product!

After all, having a reliable source of income was crucial. Therefore, there was no turning back from this point on. Since the company’s inception, CarDekho’s revenue model has been fairly straightforward and unambiguous.

They have only had three sources of income up to this point: the most well-known is AdSense, followed by sponsored advertisements as the second-most significant source of income, and, last but not least, commissions from suppliers and dealers. One business that participates in the entire process from beginning to end and ensures client satisfaction is CarDekho. As a result, it didn’t take them long to start receiving good traffic.

The success story of Car Dekho

Amit and Anurag graduated from the IIT in Delhi and worked for TCS and Trilogy for almost eight years. This was when Amit’s interest in goods and technology began to grow. Later, both quit their careers and returned to their hometown for various personal reasons.

They considered joining their family’s jewelry company but ultimately decided against it. Amit initially intended to open an online jewelry store, but when he faced the harsh reality of the industry, he was compelled to change his mind. Ultimately, the pair decided to focus on what they did best and started GirnarSoft, an IT outsourcing business, without more deliberation.

Initially, their bedroom served as their workplace, and they began by sending emails to potential customers. However, everyone would have been a billionaire if things had been that simple. As a result, the team that started by sending emails in the hopes of landing significant clients ended up contacting anybody who needed IT services.

After countless calls and emails, they at last secured their first customer! Even though this assignment paid them INR 50,000 less than they usually charge, they accepted it nevertheless. This project spawned more ones, and a network of references grew.

What were some of the early difficulties CarDekho experienced, and how were they resolved?

Due to there being no significant competitors in the market at first, CarDekho had to overcome this obstacle. This required them to raise brand awareness and encourage users to use their platform.

They achieved this by making significant marketing and advertising investments. Additionally, they provided consumers with discounts and offers, which assisted them in luring in fresh clients.

The fact that they were selling used automobiles in such a fiercely competitive industry presented another difficulty. They overcome this by diversifying into new automobiles and being among the first businesses to provide an online marketplace for new car purchases. The development of the business through time, including its most recent successes or milestones.

Over the years, CarDekho has grown significantly. They have assisted millions of consumers in purchasing automobiles, making it the largest online auto marketplace in India today. The Times of India called them the “Best Online Auto Portal,” and Sequoia Capital invested $50 million in them, among other recent achievements.

What distinguishing characteristics of CarDekho made it stand out from the competition?

A few distinctive selling elements let CarDekho distinguish out from the competition.

Their user-friendly website and mobile app, which make it simple for people to study and purchase automobiles, are among their most significant USPs.

Their wide range of automobiles is another selling feature. Users have many options because of the broad selection of new and used automobiles they provide.

Finally, they attract customers to their site by providing excellent bargains and discounts. These are just a few factors that make CarDekho India’s biggest online vehicle portal.

What are the company’s long-term objectives, and how does CarDekho intend to keep expanding in the future?

CarDekho intends to keep developing by entering new areas and supplying more services. Additionally, they want to enhance consumer convenience by making it simpler for customers to purchase automobiles.

Long term, CarDekho intends to be the go-to resource for anything auto-related. This involves offering finance, insurance, and other services in addition to merely buying and selling automobiles. If they succeed, CarDekho will serve as your one-stop shop for all things related to automobiles, making it even simpler for consumers to purchase vehicles.

We can learn a lot from the experience of successful startups like CarDekho. Becoming the market leader in any business in a nation the size of India requires significant effort. But in the online auto portal industry, CarDekho has done just that. Amit Jain and Anurag Jain, two businessmen, founded CarDekho in 2008, and it has since emerged as India’s premier resource for all things automotive.

In this startup story, we’ve discussed how CarDekho became the biggest online vehicle portal in India, how they did it, the tactics they employed to get there, and some of their success-boosting insider tips.