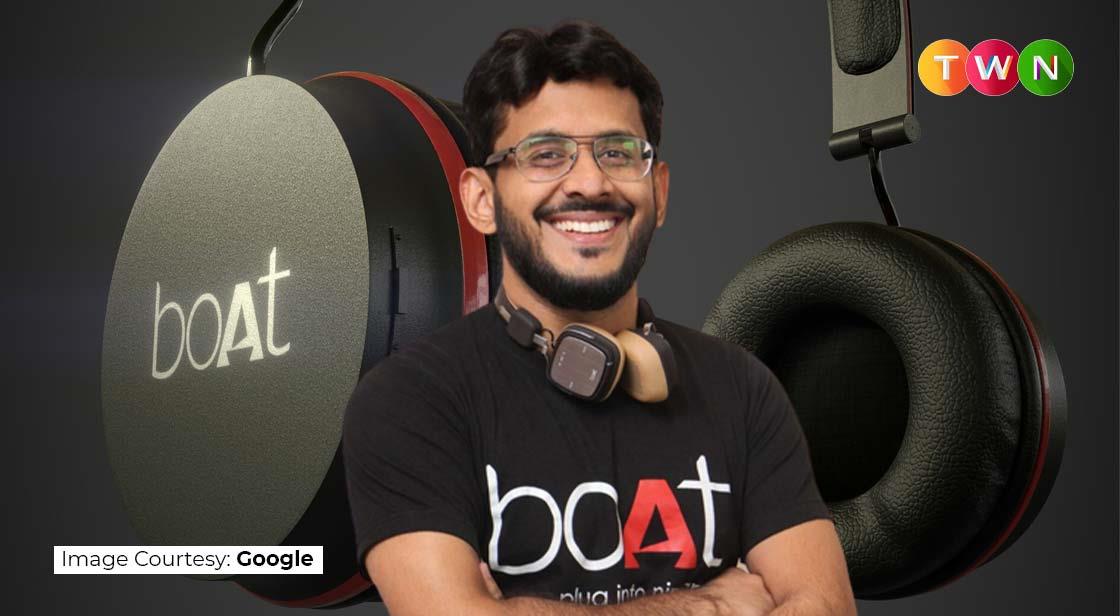 Aman Gupta is a Delhi-born young entrepreneur and co-founder of the charger and earwear audio brand company boAt. He is currently working as Chief Marketing Officer (CMO) of boAt. He started his company in 2016 with co-founder Sameer Mehta. At present boAt is worth more than Rs. 100 Cr.  In 2019, Aman won the  Businessworld Young Entrepreneur Award.

Aman was born in a middle-class merchant family. His father’s name is  Neeraj Gupta and his mother’s name is Jyoti Kochar Gupta. His father is a director in a company and his mother is a housewife. Aman did his schooling at one of Delhi’s top public schools, Delhi Public School, R.K Puram. He did B.com from Delhi University. He did a CA course at the Institute of Chartered Accountants of India, Delhi.

Just after completing the CA course, Aman Joined a bank. He started his career as an Assistant  Manager with Citibank. He worked with Citibank for two years.

Aman’s mind was always inclined toward entrepreneurship. He founded a company named Advanced Telemedia Pvt Ltd. in 2005. Aman was hardworking and enthusiastic since childhood. Be it study or entrepreneurship, he does it with dedication. Along with his entrepreneurship, he continued his study and he completed his MBA Degree from  Kellogg School of Management in 2011.

He Joined HARMAN International in 2012. He worked as the director of sales, where he led the business development of brands such as Apple, Nokia, and Micromax in the Indian market. Aman was not satisfied with just working for money with others. He wanted to start something of his own. Finally, in 2016, he and Sameer Mehta founded the boAt.

The boAt company’s first product was the Apple charger. The Apple Charger made a big success in securing big space in the market. Soon, It became the highest-selling product on e-commerce giant Amazon. The boAt banged Rs.100 Cr. in Just 2 years. For his Great success, Aman Gupta Received the Entrepreneur of the Year award in 2020. At present, boAt has more than 5,000 Franchise stores in the country. The boAt has sold the products to more than 20 million people. In the same year 2020,  boAt became the fifth-largest wearable brand in the world.

boAt co-founder Aman Gupta said in an interview that the company is planning to launch a new range of products. He focuses on expanding the outreach of boAt in rural India as well. In order to penetrate the South Indian market, his company boAt has signed a contract with iconic Telugu actress Rashmika Mandanna as boAt’s brand ambassador. boAt is going to launch a new range of colors and segments for women. He is planning to collaborate with Indian fashion designer Masaba Gupta.

Q1. Who is Aman Gupta at boAt?

Answer: Aman Gupta is the co-founder of Apple charger and earwear brand boAt.

Q2. When was the boAt was founded?

Q3. Who are the co-founders of boAt?

Answer: Aman Gupta and Sameer Mehta are the co-founders of boAt.