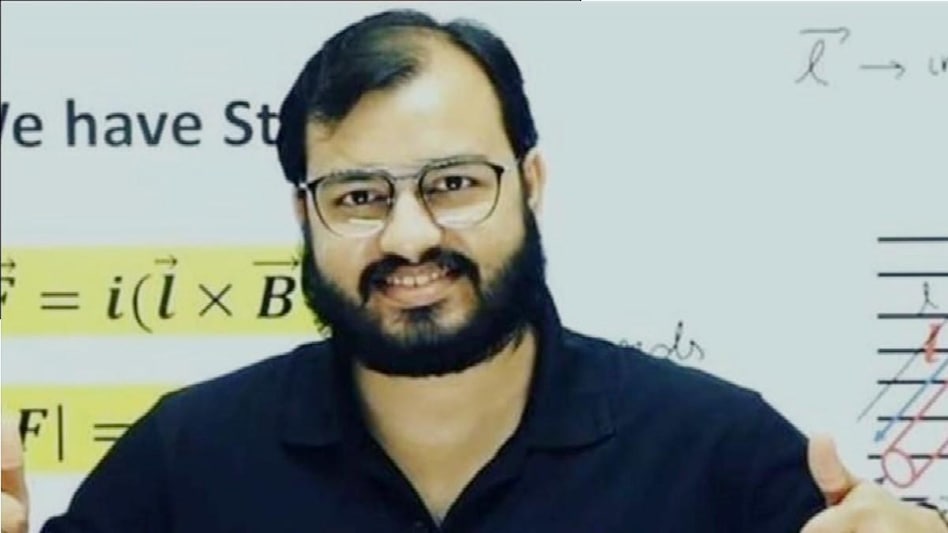 One of the numerous enterprises that thrived during the pandemic is Physics Wallah (PW). The founder’s love of teaching drove him to launch a YouTube channel, which is now India’s 101st unicorn. It’s incredibly motivating to read about Physics Wallah success story and its founder, Alakh Pandey. The article that follows describes their development, growth, financial struggles, and how they overcome these obstacles to become a unicorn.

In the contemporary world, a new system of learning has been developed thanks to technological advancement and readily available technology. They have modernized our educational system and made learning fun, straightforward, and easy. The system seems to be changing so quickly that students may soon be able to learn from anywhere at any time without having to lug around books.

The recent Covid-19 pandemic has served as a test case for this modification. In fact, it accelerated the process of learning improvement. The past few years have seen a large number of EdTech firms launch. These startups can succeed with flawless execution and top-notch content.

Alakh Pandey launched the edtech business Physics Wallah in 2014. It is an online learning platform that provides high-quality educational opportunities at a reasonable price. For kids in grades 6 to 12, this startup offers lectures and solutions on a variety of topics for the JEE, NEET, and other entrance exams. Live and recorded lectures, question-and-answer sessions, organized materials, and examinations all assist students to assess their own progress when using Physics Wallah.

As of today, Physics Wallah Success Story, which began as a YouTube channel, has mentored over 6 million students and has over 13,700 video lectures available on its platform. Physics Wallah has established a solid reputation among thousands of students by providing both free and paid batches.

Physics Wallah is a part of the EdTech sector. One may pinpoint the last ten years as the growth period for the EdTech sector in India. Their expansion in recent years has been far too quick. According to statistics, there have been 4,450 new EdTech startups in the nation between 2014 and 2019. In 2020, it is predicted that the EdTech market will be worth $750 million. In the following five years, this may soar to a stunning $4 billion.

In the last ten years, funding and other investments into these firms have multiplied 32 times. In the long run, the EdTech sector will take the role of offline education. But according to academics and venture capitalists, the omnichannel approach to learning (both online and offline) will reign supreme for at least ten years.

Mission and Vision of Physics Wallah

The mission of Physics Wallah is to give “education for all, regardless of their socio-economic situation” by making education accessible to all students. It holds that anything and everything can be changed through education. This is the guiding principle of Physics Wallah’s progress.

Alakh Pandey and Prateek Maheshwari are the founders of Physics Wallah.

The founder and CEO of Physics Wallah is Alakh Pandey. On October 2, 1991, he was born in Prayagraj, Uttar Pradesh. Since his school days, Pandey has always had a passion for teaching. He attempted to enter the IIT but failed the admission test. Pandey began his work as a physics teacher in a coaching institute despite also having dropped out of college.

With nowhere else to go, he returned to Allahabad and began working as a coach at a coaching facility, where he was only paid Rupees 5000 per month. Despite the meager pay, the fame was plenty. He became well-known and a crowd favorite for his engaging teaching style. He combined his talents as a theatrical enthusiast and scholar to deliver instruction with ease. His life was forever altered when he later launched his YouTube channel. He aimed to provide pupils with the best educational opportunity at a reasonable price.

Alakh Pandey dropped out of college, but his passion for instruction drew him to an Allahabad coaching center. He developed himself there as a teacher. Everyone embraced his teaching approach, and the physics he taught was well-liked. In order to reach more students, Alakh Pandey launched the “Physics Wallah” YouTube channel in 2016. This is where the startup for PW (Physics Wallah) first took root and the seed was planted.

Growth and success of Physics Wallah

Despite its many ups and downs, Physics Wallah’s narrative has been hailed as inspirational. The saying “excellent or good things take time” is true. That’s true, I suppose. Alakh Pandey’s (the founder of Physics wallah) journey was similarly difficult and time-consuming.

Pandey left his position at the teaching center in 2017 to pursue his dream of becoming a full-time YouTuber, despite a poor start in the first year. The station gradually gained more viewers till it reached 2 million by 2019. The need for Physics Wallah arose as the nation went under lockdown due to the Covid-19 outbreak.

Alakh Pandey made the decision to broaden his platform as a result, and he began developing an application for online courses. Under the name PW Pathshala, the firm also offers students offline and online classes. Today, Physics Wallah has taught more than 60 lakh pupils. This startup employs 1,500 people, of which 300 are teachers, across 16 PW Pathshala centers. It attempts to give pupils the greatest possible learning environment.

Kota is renowned for having coaching facilities for the academic preparation of students studying medicine and engineering. The offline location of PhysicsWallah is similarly constructed and will be accepting applications from 11th and 12th graders who want to study for the JEE and NEET exams. The unicorn edtech business stated that each class will have a 125:1 student-to-teacher ratio.

When the startup became a ‘Unicorn’?

Alakh Pandey used all of his income up until the year 2022. Everything, from the company’s incorporation to the creation of the “PhysicsWallah” app, was funded by his YouTube earnings. The business first saw its potential in 2022. The startup completed its Series A investment on June 7. Alakh Pandey, a self-made entrepreneur, was able to raise $100 million for his startup from Westbridge Capital and GSV Ventures.

Offering lectures and training to students in various classes, whether online, offline, or both, is Physics Wallah’s line of work. Additionally, it offers pupils instruction for national entrance exams.

YouTube advertisements are how Physics Wallah makes money. Additionally, a subscription plan that is optional grants access to special sessions for clearing up doubts. In addition to that, PW charges for its courses, lectures, and materials. The price varies according to the level, course, or student-selected package.

The Physics Wallah app collapsed owing to high usage during the debut in May 2020. This outage was caused by an unexpected surge of more than 2 lakh pupils using the app. It took weeks for the technological issue to be fixed as the website traffic remained. Alakh Pandey was concerned that because they had paid for the sessions, the students could feel taken advantage of. However, the students came back after everything was fixed because they trusted him because of the reputation he had built over the years.

The following issue arose in 2021 when the competitors started criticising the business. Alakh Pandey was promised Rs 75 crore by Unacademy, but he turned it down right away. Then the competition began stealing PW employees, and a large number of them quit the company quickly. Following Byju’s, Unacademy, Vedantu, and a few other EdTech companies, Alakh Pandey came back strong with the help of the students and his never-say-die mentality, and he led the company to a Unicorn status.

Along with improving its online platform, Physics Wallah intends to create additional offline centres and provide more courses. Additionally, the company intends to expand its material into nine regional Indian languages, including Kannada, Gujarati, Malayalam, Tamil, and Telugu. By doing this, Physics Wallah’s student base, which is predicted to reach 250 million users by 2025, will grow.